The best logo designs are found in New York City. Being one of the most diverse, commercially motivated, and, according to many, attractive urban centers in the country, there is no other place that is met with such possibility. No other city has contributed to more logo designs that are associated with the “American Dream”. From Wall Street depicting images of bustling financial sectors, to Broadway being the hub of the theater community, to Madison Avenue being synonymous with the advertising industry, New York encompasses the fast-paced energy and lifestyle that the rest of the world can only attempt to emulate.

New York not only embodies words that hold such great imagery, but the city encompasses the best logo designs that can be recognized globally. We all know of the world-renowned “I Heart New York” but can many say they know the history behind this logo’s creation?  In an area rich with culture and history, even the simplest and most common logo designs all have a history of their creation. Here are the top five best logo designs in New York City and everything you need to know about them.

Tiffany and Co’s logo design is unique and easily identifiable. The flagship location has sat in the heart of NYC on 57th street since 1940. This made it become one of the largest retail spaces and was nicknamed the “Tiffany Corner”.  Not only has Tiffany made jewelry, tableware, and notably lamps for the White House, but they have redesigned the Great Seal for the United States which made the eagle’s legs more muscular, to match the country’s ambitions. This design is still present on the United State’s currency today. 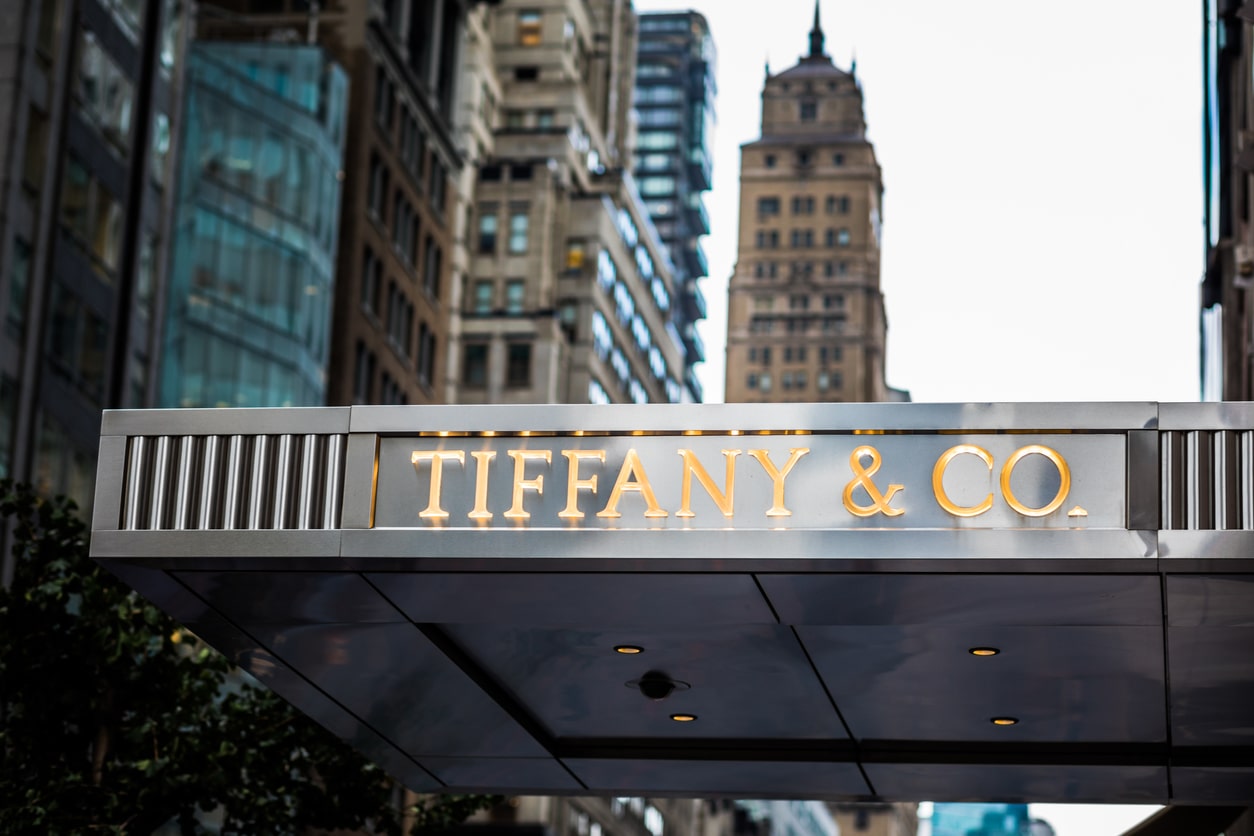 The Tiffany logo design is made of easily recognizable chic lettering and a unique color palette. Designed by Ed Benguiat, he utilized a classic logotype to customize the ITC typeface. Accompanied by the Tiffany blue background, this creates the logo that is known and loved by the world.

Appearing in pop culture films such as “Breakfast at Tiffany’s” starring the talented Audrey Hepburn, the logo signifies luxury, opulence, and the perfect tension of living in New York. Time and again Tiffany’s has embodied the strength, energy, and cutting-edge drive New York has to offer. 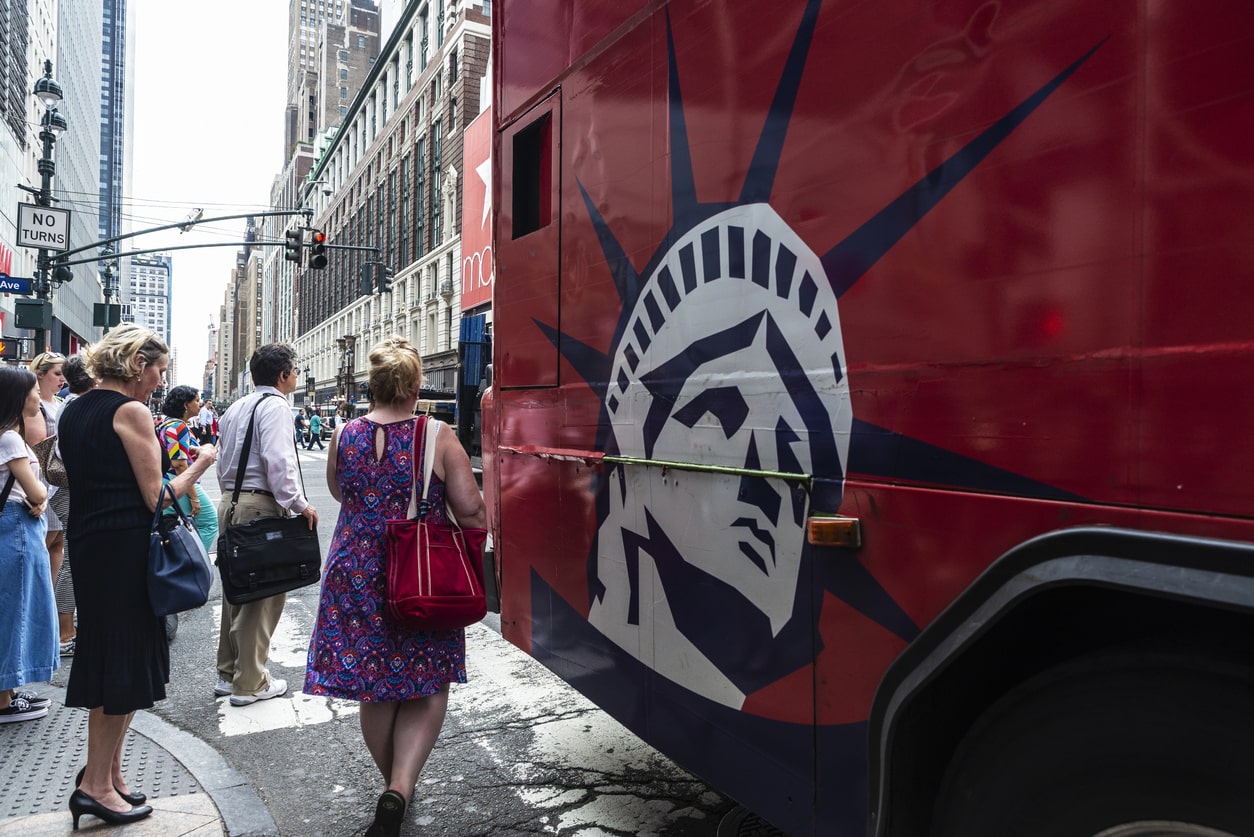 The Statue of Liberty was made by Frederic-Auguste Bartholdi and Amexandre-Gustave Eiffel. Bartholdi built the statue from copper sheets while Eiffel designed the statue’s structure from steel. The Statue of Liberty was given to the United States as a gift. It is located on a small island, now known as Liberty Island, in Upper New York Bay. In the years following it’s resurrection, the statue has been an icon for millions of immigrants as they arrived through Ellis Island. Today, the Statue remains one of the world’s most prominent landmarks and tourist attractions. You can buy tickets online to visit.

The I Heart New York logo design is one of the most famous in New York and worldwide. During the 1970s, New York was going through hard times. With tourism low and crime being at an all-time high, something needed to be done. That’s when the New York State Department of Economic Development utilized Madison Avenue advertising firms to create a friendly and inviting campaign to bring tourists back to New York. 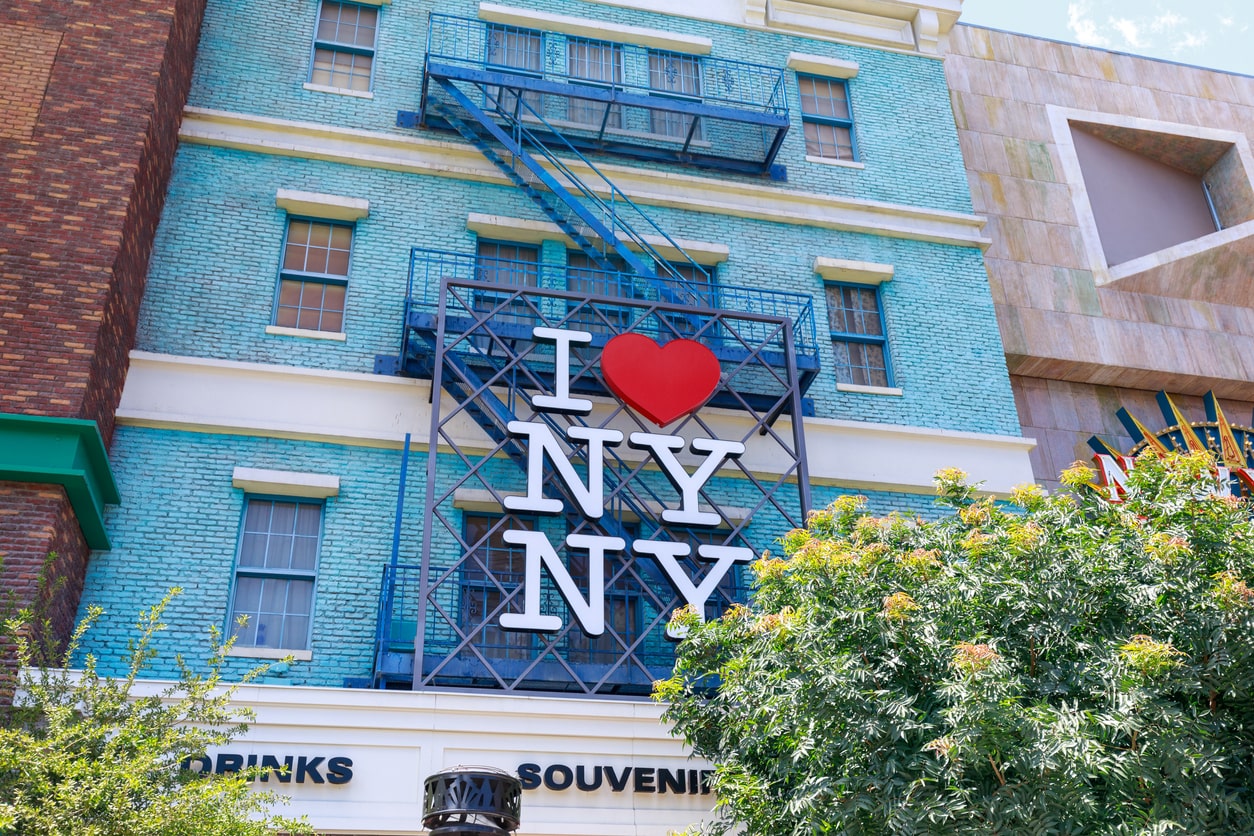 The agency developed jingles, positive commercials, and the beloved slogan “I Love New York”. During one meeting, Milton Glaser pulled a tarnished piece of paper out of his pocket depicting a drawing he had done in a cab on the way to work. He had scribbled out the “I Heart New York” logo that we know today. Glaser and Wells Rich Greene developed the logo further by determining the typeface and coloring. They completed the logo free of charge to help New York City get back on its feet. Today, on almost every street corner, you’ll be able to see and purchase merchandise that uses the “I Heart New York” logo.

Any big city has an even bigger sports team. New York is home of the sports team, The New York Knicks, and uses one of the best logo designs to represent them. The New York Knicks, also referred to as the Knicks or the Knickerbockers, is a professional basketball team who have won two National Basketball Association (NBA) championships. They won the NBA championships in 1970 and 1973 and have been one of the most successful professional basketball teams since.

The origin of their name comes from the term “Knickerbockers” which traces its origins to the Dutch settlers who came to the new world in the 1600s. “Knickerbockers” references the type of pants worn that were rolled up below the knee. In 1809,  Washington Irving wrote a satire depicting the history of New York and used the pseudonym of Diedrich Knickerbocker. Irving not only introduced this term to New Yorkers but made it become synonymous with the City of New York. During the 19th and 20th centuries, New York City’s most popular symbol was that of “Father Knickerbocker”. Over the years, this city icon was then modified and graphically designed into the logo and name used for The Kicks today.

You can find the logo design near Madison Square Garden, where most of The Knicks games take place, on jerseys sold throughout the city, or on billboards and advertisements around New York.

One of the last best logo designs found in New York is their pizza logos. An authentic New York pizza should be thin, hand-tossed, and wide enough that you can easily fold it into a “V” to eat. The best New York pizza can be found all over the city: Manhattan, Brooklyn, across the East River, or even near you on the streets as you walk through town. 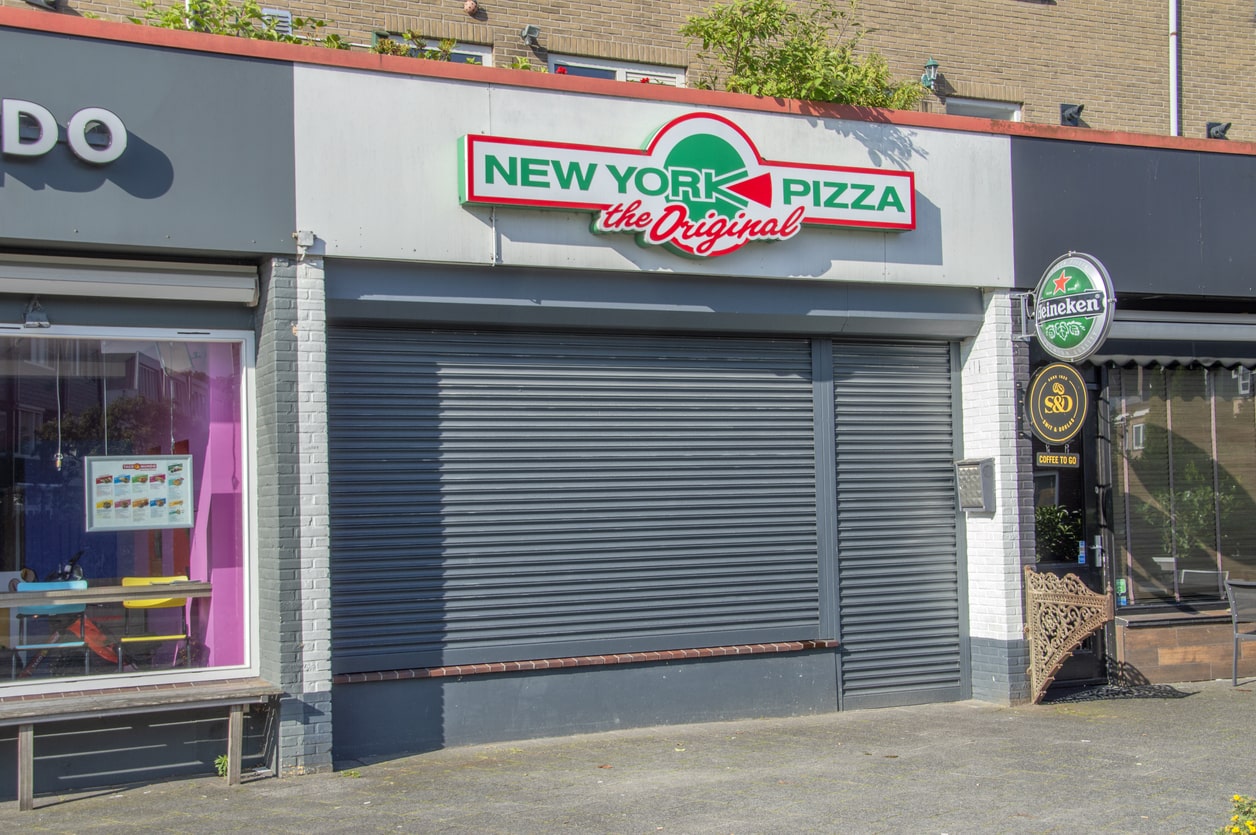 There is some debate as to where the original New york pizza was invented. However, many agree that the first was served by a man named Gennaro Lombardi in Manhattan more than 100 years ago. Legend has it that Lombardi opened a grocery store and would sell tomato pies to workers who would stop by for lunch. Right then and there the first pizza shop was born! Across the city you will be able to find local pizza parlors that have their own special spin on the beloved food for their local business. Ranging in flavors, styles, and ingredients, this also translates to a wide range in pizza parlor’s graphic design, logo typeface, and overall logo design. You can count on spotting at least ten pizza logos throughout your day in New York City. The most commonly used features include red and green colors and usually incorporate a circle to represent a pizza box.